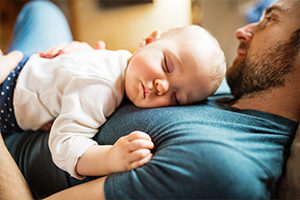 When a child is born to unmarried parents, the state of Florida does not grant any legal status to the father unless steps are taken to establish paternity. Establishing paternity does not need to be a difficult or complicated process, but there are times when legal assistance is needed, especially when paternity is disputed or challenged by any of the parties involved. The DeVoe Law Firm represents mothers, fathers and children in paternity proceedings throughout Orange County. Call the DeVoe Law Firm in Orlando to discuss the paternity issues in your relationship and how we can help.

Paternity Affects a Father’s Rights to Custody and Visitation

Florida courts decide whether to award sole custody or joint custody of the children in a divorce or child custody dispute among unmarried parents. Whether and how much a father participates in timesharing and parenting depends on a large number of factors laid out in Florida child custody law, but a first step is to establish paternity. Without legal status as the child’s father, the courts will not recognize a right to share in parenting time or decisions regarding the child’s upbringing. Times have changed, and the courts no longer favor moms over dads regarding custody decisions. The DeVoe Law Firm encourages fathers to exercise their parental rights by establishing paternity and playing a role in raising their children.

Florida law imposes an obligation on both parents to financially support their children. This is the case regardless of whether the parents are married, divorced, or were never married. When a child’s parentage has not been legally established, there is no way to force the child’s biological father to pay child support. Establishing paternity in court gives the mother or child the right to pursue a child support order in court, which is enforceable in court through contempt proceedings, wage withholding and other means even if the father does not play a role in the child’s life. All parents should accept their responsibility to support their children financially even if not raising the child personally. The DeVoe Law Firm helps children get the support they need and are entitled to through paternity proceedings in Orlando and Orange County courts.

Paternity May be Established or Challenged in Court

There are many ways to establish paternity if the parents were unmarried at the time of the child’s birth. For instance, the parents can sign a Voluntary Acknowledgement of Paternity form that once properly filed officially establishes the father’s parentage. This form is available at the hospital when the child is born or can be filed later. Also, if the couple later marry, they can update the child’s birth record with the father’s name.

Paternity can also be established through an administrative order or court order. A DNA test is usually ordered in these cases to establish paternity, but there are other types of evidence that can be introduced as well to establish or refute paternity. Having an experienced trial attorney represent you can help ensure that your rights and interests are protected and promoted in court.

Paternity can even be questioned regarding a child who was born to married parents. Although the husband is presumed to be the child’s legal father in this situation, the Florida Supreme Court affirmed in 2018 that this is only a presumption that can be rebutted or overcome in court by evidence of the child’s true biological father. Disestablishment of paternity can be technically complicated and involves strict deadlines. If the husband is denying a child’s paternity, or if another man is claiming paternity, the DeVoe Law Firm can help by providing smart, effective and skilled representation to help you achieve your goals when establishing or contesting paternity in Orlando.

For help with paternity issues in an Orlando divorce, child custody dispute or other family law matter, call the DeVoe Law Firm at 407-284-1620 for a free consultation with a skilled and experienced Orlando paternity attorney.