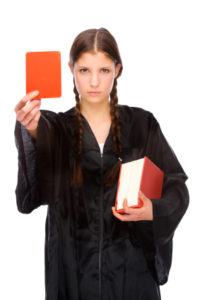 An injunction, also referred to as a restraining order, is basically a stay-away order.

Although an injunction is civil in nature, violation of a civil injunction is a crime and subjects you to criminal penalties, including jail.

A victim of stalking or cyberstalking may in some cases obtain an injunction against stalking. Stalking is the willful, malicious, and repeated following, harassing, or cyberstalking of another. Harassment means a course of conduct directed at a victim which causes substantial emotional distress and serves no legitimate purpose. Cyberstalking means repeatedly sending electronic communication to a specific victim, which causes substantial emotional distress to the victim and serves no legitimate purpose.

If an injunction is granted, the court can require you to take lengthy and expensive classes and forfeit weapons, including firearms. The court can also address a variety of other topics in an injunction hearing, such as use and occupancy of a residence, custody of minor children, child support, and alimony. The injuction will be part of public records and may appear in backgound checks. An injunction can have significant consequences; and, once granted, an injunction can be difficult to modify or dissolve.

It is highly recommended that you obtain the assistance of an attorney in a civil injunction proceeding alleging domestic violence, repeat violence, or dating violence. A lawyer can explain the injunction process and courtroom procedures to you. An attorney can research the considerable body of caselaw concerning the injunction statutes for legal precedents that may help you case. An attorney can advise you of substantive and procedural defenses you may have.