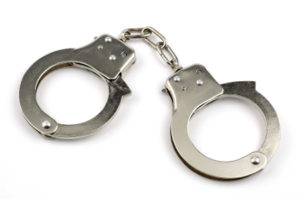 What is a Felony?

In most states, including Florida, the term “felony” is understood to be a crime that is punishable by over a year in prison.  The term “misdemeanor” usually refers to minor crimes punishable by a jail term of 12 months or less.

Examples of felony offenses include property crimes (grand theft, fraud, burglary, and arson); violent crimes (aggravated assault, aggravated battery, robbery, and attempted murder); drug crimes (possession, sale and delivery, and trafficking in cannabis, cocaine, and other controlled substances); and traffic crimes (fleeing and attempting to elude, driving while license suspended as Habitual Traffic Offender, driving under the influence and driving while license suspended when committed as a repeat offender).

Over time, the Florida legislature passed statutory laws to supersede court-made common law as to whether a particular offense is deemed a felony or misdemeanor.  Florida law establishes the following guidelines for punishment of felonies:

The Florida legislature’s classification of a crime as a felony or misdemeanor is not without logic, but can be subjective.  For example, the illegal manufacture, distribution or possession of controlled substances may be a felony, although possession of smaller amounts may be only a misdemeanor.  Possession of a deadly weapon may be generally legal, but carrying the same weapon into a restricted area such as a school may be deemed to be a felony.  Driving under the influence, driving while license suspended, battery, and prostitution may be misdemeanors if a first offense, but subsequent convictions may constitute felonies.

Aggravating circumstances involved in the crime itself can result in re-classification of an offense at a higher level.  For example, battery is normally a misdemeanor of the first degree, however, a battery on a law enforcement officer is a felony of the third degree.  Other aggravating circumstances include the use of a mask, gun, or other weapon in the commission of a crime, or if the assault or battery involves a school employee or elderly person.

Aggravating Factors Relating to the Accused

Aggravating factors regarding the person convicted of a crime can also result in sentencing for longer terms.  A person that qualifies as a Habitual Felony Offender, Habitual Violent Felony Offender, Violent Career Criminal, or Prison Releasee Re-Offender, or who qualifies under the Anti-Murder Act, is subject to significantly longer prison terms and minimum mandatory sentences.

Get a legal strategy.  Call DeVoe Law Firm to ask about representation in your felony case.