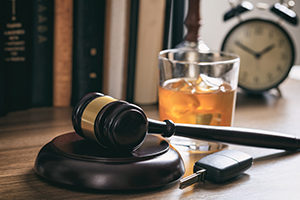 Is it illegal to drink and drive?

No, provided the driver is not under 21. If it were illegal to drink and drive, there would be no parking lots at bars. However, it is illegal to drive:

In other words, it is illegal to drink too much and drive.

When are the police able to pull me over for DUI?

Should I answer the officer if he asks how many drinks I have had?

Do I have the right to an attorney at roadside?

You do not ordinarily have a right to an attorney until you have been arrested. In cases that do not involve criminal charges other than DUI, law enforcement generally will not arrest you until after field sobriety exercises and a breath test have been refused or performed.

What are physical observations of impairment?

In addition to an abnormal driving pattern, law enforcement is trained that the following factors are indicators of impairment:

Should I agree to perform Field Sobriety Exercises?

In Florida, Field Sobriety Exercises (“FSEs”) often include the walk and turn (or heel to toe) exercise, the one leg stand exercise, and the horizontal gaze nystagmus test. You are not required by law to perform FSEs. Law enforcement will often ask that you perform FSEs and suggest that by doing so, you can help prove that you are not too impaired to drive. However, law enforcement may have already decided you are too impaired to drive and record minor imperfections in your performance of FSEs to use as evidence against you at trial. Of course if you do not perform FSEs, the State will claim that your refusal to perform FSEs is evidence that you knew you were impaired. Ultimately, the decision to perform FSEs will depend on how confident you are in your ability to perform the exercises well. Some people have good reason not to perform physical exercises, such as sports injuries or health issues.

Should I agree to blow?

Florida has an implied consent law, which means that, in order to obtain your driver’s license, you gave your consent to blow in the breathalyzer under certain circumstances. Refusal to blow can result in an additional offense and result in the suspension of your driving privilege. The State can also claim that your refusal to blow is evidence that you knew you were too inebriated to drive.

All is not lost even if you do blow over the legal limit. There are very particular requirements to admit breath test results, and law enforcement’s failure to follow these requirements can result in suppression of breath evidence.

Ultimately, for many people, the decision whether to blow depends on weighing the possibility of registering a high breath/alcohol reading that can be used against you at trial versus the imposition of the sanctions that will likely be imposed for refusing to blow.