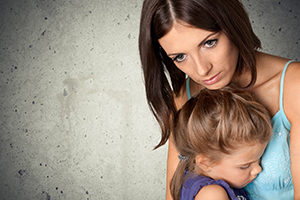 Domestic Violence Does Not Require a Marriage Relationship

Domestic Violence Raises Special Concerns in the Context of Divorce

When domestic violence involves a married couple or children of a married couple who are divorcing, the consequences can go beyond instituting a “no-contact” order and authorizing jail time for violating a court order. Domestic violence injunctions can impact the very issues which lie at the heart of a divorce. For instance, a domestic violence restraining order can determine which parent has custody of the children and prohibit contact between the children and the other parent. An injunction can also order one spouse to pay child support or alimony. A restraining order can even impact the distribution of marital property by awarding residence of the family home to one spouse or parent. While these orders may be only temporary, the judge in a divorce may be inclined to continue the status quo for the sake of continuity, security and permanence in the children’s best interests.

Florida divorce law recognizes the importance of considering domestic violence when making custody decisions, but just as important is the fact that a spouse in a divorce may unfairly accuse the other of domestic violence or abuse in order to gain an advantage in the divorce. Orlando divorce attorney Michael P. DeVoe will provide strong, effective representation of your interests in court if you have been victimized by domestic violence or falsely accused of abusing your spouse or children.

For smart, skilled and effective representation in an Orlando divorce with domestic violence issues implicated, contact the DeVoe Law Firm at 407-284-1620 for a free consultation with an experienced and successful Orlando family law attorney. If you are in a situation where you are being abused or fear for the safety of yourself or your children, get to a safe place and call 911 or the Florida Domestic Violence Hotline at 1-800-500-1119.