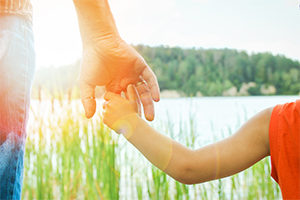 When a judge in a Florida divorce or child custody matter issues court orders regarding timesharing and parenting, these orders are generally considered to be final orders. They are enforceable in court if not followed by either party, and they stay in effect for the duration of the order, which in many cases last until the children turn 18 or graduate from high school.

Of course, circumstances sometimes change, making it so the existing child custody arrangement doesn’t work as well as it was originally intended. Ex-spouses cannot simply modify child custody as they wish to suit their needs, though. Any modification requires going back to court and having the judge modify court orders accordingly. If either former spouse objects to the change, then the judge will need to hold a hearing and make a ruling based on the arguments made and evidence introduced by the parties through their lawyers. Orlando family law attorney Michael P. DeVoe is an experienced courtroom litigator ready to take your side and present your case in court when seeking or opposing a proposed change to child custody in Orange County courts.

Children are always growing, and their needs are always changing. Some of these changes can be foreseen and dealt with in the timesharing agreement and parenting plan. For instance, it can be assumed a pre-school age child will soon enter school, or an elementary student will soon enter secondary school, and the timesharing schedule that works at one stage may not work at another. Other changes in need may be unexpected and unforeseen, such as an emerging health condition or a change in schools that was not anticipated at the time of divorce. A party seeking modification of child custody must be able to prove a lasting, substantial and unforeseen change in circumstances in order to be successful in getting the court to modify the child custody arrangement.

Any move by either parent can affect how well the current custody agreement works. By Florida law, any parental relocation more than 50 miles away for six months or more requires court approval. The DeVoe Law Firm can help with the process of obtaining voluntary agreement to submit to the court for approval. If the relocation is contested, attorney Michael P. DeVoe provides strong, effective representation whether you are seeking or opposing the move.

The division in timesharing and parenting responsibilities are major factors which go into the determination of child support, according to the Florida child support guidelines. The DeVoe Law Firm represents parents in motions to modify child support, whether based on a change in income, a change in the child’s needs and expenses, or a change in child custody that could lead to a change in support.

Help with Modification of Child Custody in Orlando

For help with a proposed modification to child custody, contact the DeVoe Law Firm at 407-284-1620 for a free consultation with a knowledgeable and experienced Orlando family law and divorce lawyer.