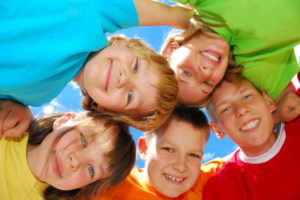 Abuse reports are generally submitted by telephone or web form on the Florida DCF Abuse Hotline. The abuse report will be screened, and if merited, the abuse report is transferred to a local child protective investigator. The investigator will interview persons involved in the incident, as well as compile information on the child’s home, school, and health. The investigator is required to complete the investigation within 60 days, although normally they are concluded more quickly. Investigations can be very broad and intrusive. DeVoe Law Firm provides pre-suit representation to parents in dependency investigations to facilitate information exchange. An attorney representative can shield a parent from making statements that could otherwise be held against them in a dependency case or related criminal case. DeVoe Law Firm can also attempt to negotiate an acceptable safety plan that may prevent the need for removal.

Shelter & Removal of Children by DCF

DCF may try to “shelter” a child, which means to remove a child from the custody of a parent or other legal caregiver if DCF believes there is imminent risk of abuse, neglect, or abandonment. DCF commonly removes children from parent custody in cases involving substance abuse; domestic violence; physical abuse (including excessive corporal punishment); sexual abuse; and medical neglect (where health care is not timely provided to a child). DCF may remove a child from a parent’s custody even if they are not the primary abuse perpetrator, under the theory of “failure to protect.” DCF may shelter a child even if the state attorney’s office does not ultimately file criminal charges or the related criminal case is dismissed due to lack of evidence. A shelter hearing is required to take place within 24 hours of the initial removal. DCF is supposed to make reasonable efforts to notify the parents of the hearing. At the shelter hearing, DCF must prove probable cause to keep the children in shelter care. DCF must prove the existence of an imminent danger threat to the children and that in-home, voluntary services (and a safety plan) cannot sufficiently mitigate the danger threat.

Assume the Burden is Always on You!

Sometimes innocent events are reported as abuse, neglect, or abandonment. For example, if a child were to break an arm or a leg without other witnesses present that could verify the absence of abuse, a health care worker may report the injury to the DCF as abuse. The burden for DCF to remove a child from parents is relatively low. The burden of persuasion in an investigation often shifts to the parent to prove that no abuse occurred.

Know Your Parental Rights – or Lose Them

Dependency case plans require the completion of services by a deadline (“goal date”). Failure to timely complete the case plan services can result in DCF seeking to terminate parental rights. It is important to be proactive in obtaining funding and referrals for services. Case managers are overworked, and if you do not follow-up, the case can go sideways with no activity. However, time is not on your side; the clock is running when you have a case plan. An attorney can file motions to ensure case management provides you with referrals. An attorney can also file motions to resolve visitation issues, to expand visitation, and to request reunification.

Get a Legal Strategy

When seeking counsel, be sure to ask how many dependency cases the attorney has handled from start to finish. Family law generalists might be sufficient in some cases, but it best to retain an attorney that is experienced in dependency. Dependency law is complex – very different from divorce and paternity cases. Dependency court has its own rules of procedure, local rules, and division policies. DeVoe Law Firm has worked in the field for over 15 years, appears in court on daily or semi-daily basis, and has successfully resolved hundreds of cases. Please note that we currently limit our practice to Orange County, and take a limited number of cases in Seminole County. We do not take dependency cases on a “pro-bono” (free) basis. A retainer will be required for representation.