Speeding and other traffic tickets can have big consequences. Fines are expensive. Your auto insurance can go up significantly for years. You can be required to take a variety of inconvenient, expensive classes. 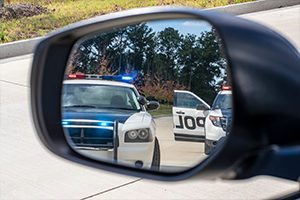 Accumulation of a certain number of points can cause the automatic suspension of your driver’s license. Some civil traffic violations may escalate to criminal traffic violations. An experienced traffic attorney may be able to help you favorably resolve or dismiss your speeding or other traffic ticket.

The good news is that you are not guilty merely because you received a traffic ticket. Law enforcement still must be able prove a speeding or traffic ticket with admissible evidence. Defenses to speeding and other civil traffic tickets are normally based on holding the government accountable to its burden of proof.

Get a Legal Defense

DeVoe Law Firm tailors your ticket defense according to the type of proof that law enforcement intends to use in your case. Common tools the police use to prove speeding tickets include radar and laser; pace clocking, visual average speed devices, and stopwatches. Police may enforce speeding tickets from patrol cars, motorcycles, aircraft, or just by standing roadside. Sometimes police are not even present at the time that the alleged traffic violation occurs. Examples include the use of red light cameras to enforce failure to obey traffic control devices; the use of toll booth cameras to enforce failure to pay tolls; and the use of patrol car videos to enforce the move over law.

Pace clocking usually involves a police cruiser that matches the speed of your vehicle. Police that intend to use pace-clocking as a method of proving a speeding ticket have to establish certain facts for such evidence to be admissible. There are also detailed mechanical calibrations and recordkeeping requirements that must be satisfied before a law enforcement officer may use an on-board speedometer as proof of speed.

Red light cameras are becoming more prevalent and are one of the more controversial new tools law enforcement uses to prove traffic tickets. These cameras allow red light tickets to be issued when police are not even present to witness the traffic violation. In fact, red light cameras are often leased from companies that are located in other states. Florida law establishes numerous evidentiary burdens for law enforcement before photos and video may be entered as evidence to prove failure to obey traffic control devices.

Many speeding and traffic tickets assess points on your driver’s license. A certain number of points in a period of time can cause your driver’s license to be suspended by operation of law. It is important to avoid points being assessed against you if at all possible. Click here for a List of Points for Speeding and Other Traffic Tickets.