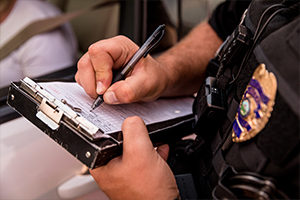 Some common reasons for a suspended license are:

Penalty for Driving While License Suspended

But I Didn’t Know My License was Suspended!

The government’s definition of “knowledge” of a suspended license is probably different from what most people think.  The law says that you are legally deemed to “know” that your license was suspended so long as the government mailed a notice of license suspension to you, even if you never actually received the notice of license suspension. This might not seem fair, but it is the law.

Don’t despair.  There are often ways to fix a suspended driver’s license.

The government does not make it easy to restore or reinstate a suspended driver’s license. There are many cases in which an attorney might be able to remove points and convictions from old traffic tickets.  This is especially true where there are good reasons to do so. For example, toll running tickets and red light camera tickets are often mailed to the wrong address and the driver never knew that their driver’s license was suspended. Call DeVoe Law Firm for help.  Reinstate your driver’s license, restore your driving privilege, and get back on the road.