Are Cars Included in Property Splits?

When it comes to dividing property, the rule in Florida is to be as even as possible. Once all separate property items (gifts, inheritances, and most possessions owned before the marriage) are taken out of the equation, whatever remains (community property) will be divvied up fairly and usually equally.

There’s a bit of wiggle room in the division, and if the couples can agree on certain items being split, the entire process can go much more smoothly. There will always be property worth fighting over, though. Case in point:

What happens to big-ticket items like houses and cars? 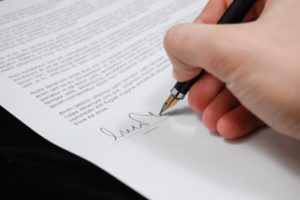 With houses, the value is almost always taken into account along with the other community property, so if one person ends up with the house, the other person is awarded other items of commensurate value. One of the big exceptions to this rule is if one parent is granted sole custody of children, in which case they tend to get the marital house as well. This is not always the case, though, and certainly not the only exception to the rule either.

For things like cars, it actually gets a bit more complicated.

Generally, the rule is, if the item was owned by one person before the marriage, it’s not community property (there are always exceptions). However, if one vehicle was purchased and shared by both spouses, even if only one person’s name is on the title, then it will usually be considered community property, and the dollar value of that vehicle will be included in the property division determination. Sometimes, it can even be possible to argue that a vehicle one spouse owned before the marriage turned in to community property while in the marriage. This could be due to the couple carpooling to work, or the other spouse selling their preexisting car in order to consolidate, etc.

It’s worth mentioning that the split of all these possessions can be agreed upon by the spouses, but if no amicable agreement can be reached, this is how the court system will treat a property division case.

Cars are a borderline-necessity in this day and age (especially in Florida), so make sure that you think about what is likely to happen to your marital vehicles should you be facing divorce. Even if your name has never been on the title, you may still be able to claim ownership of it. Be sure to talk to a skilled attorney if you have any questions.