Does my Social Media Presence Affect my Divorce Case?

In today’s society, it’s abnormal if someone does not have a presence on social media. As soon as you meet someone without a Facebook page, there is an automatic follow-up conversation about their unique lifestyle choice. With social media being so omnipresent, it proves itself both advantageous and harmful in various situations. One of the situations it can be harmful is when the social media user is going through legal proceedings, or a divorce, specifically. 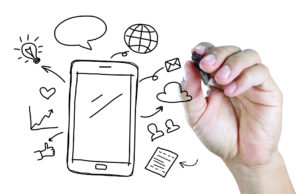 When you’re going through divorce, it can be quite a difficult situation. Both frustrating and drawn-out, the process lends itself to social media venting. This is the first way a social media presence can hurt you in a divorce proceeding. If you’re bashing your soon-to-be ex-spouse on social media, their lawyer can easily submit that to court and use it as a negative example of your character. Furthermore, if you say anything specifically about the case that contradicts what you say in family court, those statements can be used against you to dispute what you say in person. Never say anything on social media you wouldn’t say in person. This can hurt both a divorce case and a child custody case.

Your ex-spouse can also pull up media you’ve shared online as a way to have the rulings sway in their favor. For example, if one spouse has a relationship on the side, the other spouse can present social media proof of the relationship. The lawyers could then argue that particular spouse was using marital assets on that outside relationship. This would most likely cause the ruling to be more in the faithful spouse’s favor because the other spouse was “wasting marital assets.” The lawyers can also pull clues about a spouse hiding marital assets from the court. This would then have many consequences beyond just being rewarded less assets.

One out of five divorces cite Facebook as being the cause of divorce. It is important this day in age to be aware of how your online presence can negatively affect your real life, and seek the advice of legal counsel whenever going through a divorce process. This is not meant to be legal advice, simply rough examples of how social media could potentially hinder your chances of success in a divorce or child custody case.

For more information on using social media as a defense in court, read this article from Forbes