Lawmakers Try to Get Approval for Another Alimony Overhaul

Changing How Time-Sharing in Florida is Determined

The new bill includes a large section that focuses on how much time children should spend with their divorced parents that is proving to be controversial. This ruling in divorce court is currently made by the judge and sways the judge’s ruling on child support payments. 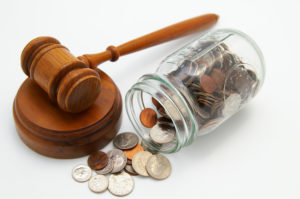 Instead of the presumption that children of divorced parents would spend equal time between both parents, the new proposed bill mandates that judges begin determining a timeshare ruling on the premise that a child should spend equal amounts of time with both parents before they begin to consider other factors in the case. So, instead of a fixed preference for either parent, a judge would ideally begin the deliberation with the mindset that houses an equal playing field for both parents. Other factors would then be brought in to determine a fair ruling.

However, some lawmakers argue that this bill would make the timeshare ruling be more difficult and less beneficial for parents, especially those parents who are low-income. Without a lawyer, they are more inclined to hear a ruling that causes them to have an equal timeshare agreement, without the possibility for child support.

Another aspect of this proposed bill is the alimony overhaul. The bill proposes an overhaul to the current alimony system and proposes a new alimony formula. As part of this proposal, the duration of alimony payments would be based on the number of years the couple was married. The amount of payments, in turn, would be based on the couple’s income. That payment amount is determined by subtracting the lower earner’s (the person seeking alimony) yearly income from the higher earner’s salary. This might prove problematic in some cases when people who pay alimony can stop payments at retirement because their income would then drop to be lower than the ex spouse. On the opposite side, the bill would provide some sense of a standardization in the current alimony process where the judge determines the amount of alimony on a case-by-case basis.

The new bill is currently on its way to Governor Scott and we should see an approval or veto soon.