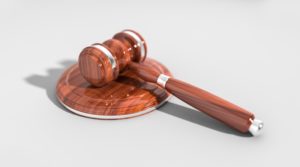 The biggest alteration HB-455 proposes is to eliminate permanent alimony altogether, including durational and rehabilitative alimonies. Further, the bill offers a formula for judges that would offer ranges for awarding alimony based on the income of the spouses, along with the duration of their marriage. Thus, longer marriages would lead to higher alimony, while marriages lasting under 2 years would result in no alimony. As another facet of ending permanent alimony, the bill would allow judges to modify or end alimony if the one who is receiving alimony receives a substantial increase income or if the ex-spouse paying alimony retires.

In order to aid in the elimination of permanent alimony, HB-455 proposes alimony and child support should be capped at 55% of the spouse’s income.

The overall goal of HB-455 is to reduce headaches that occur with alimony litigations in the divorce process, according to supporters of the bill.