An injunction is basically a restraining order, which demands that the person who the order was filed against stays away from the person who filed the order. Violating one of these civil injunction is a crime and those who violate them are subject to criminal penalties, including jail. In the state of Florida, victims of domestic violence, repeat violence, dating violence, and stalking could be able to obtain an injunction.

Other types of injunctions 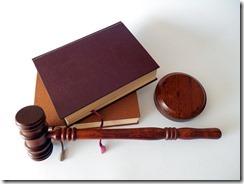 Dating violence is violence between two people who are currently in or have been in a significant romantic relationship. If someone in this situation has been the victim of violence of believes he or she is at risk for becoming a victim, they may obtain a dating violence injunction.

Stalking is the willful, malicious, and repeated following, harassing, or cyberstalking of another. A stalking injunction can be obtained by someone who is being stalked in person or online, which is called cyberstalking. Stalking causes emotional distress to the victim.

Getting a restraining order in Florida

If you would like to file for a restraining order in the state of Florida, contact one of our lawyers here.