Should a Florida Man with Dementia Be Able to File for Divorce?

A $10 million lawsuit occurring in Florida currently is rooted in the question, “should a man with dementia be able to file for divorce?” 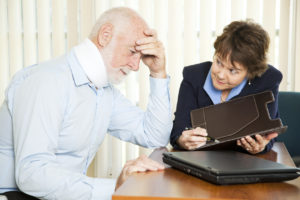 The man with dementia, who is worth more than $10 million, is caught in the middle between his children and wife. The man decided to divorce his wife, but the wife is fighting against the divorce, claiming the man is happy and doesn’t realize what he is doing. If the divorce is granted, the wife will walk away from the marriage with none of the man’s wealth, according to the prenuptial agreement, and the children will inherit the $10 million estate when the 87 year old unfortunately passes away.

The man’s son states the father declared the wife makes him miserable and he wants out of the marriage. The wife accuses the son of seeking his father’s estate, with no honest concern about his father’s happiness. The case circles around accusations of pure greed from both sides.

The ultimate question in this case is whether a man with dementia is able to file for divorce. Those involved in the case wonder if the man is capable of such a decision when he seems, so far, to be manipulated by those around him. The wife has been living separately of the couple’s main home, as per the husband’s decision, but she resides in one of their other properties until an official decision is reached.

The ruling in this case may set some standards for other divorce cases where one party is mentally ill. How will the state draw the line on when a person can and cannot make their own decisions regarding divorce?